My name is Chris Davis. I am an Oxford doctorate student in the faculty of Modern History. I dwell in Bucharest, where I research and write on Romanian history and society.

no, the notion of ‘Bucharest Babylon’ is taken from a 19th-century travel writer from Transylvania, who upon making his way to Bucharest and writing home to his parents, described the place as Babylon.
mark adams
9/7/09 4:14
meaning ‘debauched’?
Chris Davis
9/7/09 4:15
historically, it was ruled by Greek Phanariots, with lots of Armenians, Jews, Hungarians, other Greeks, Aromanians, Albanians…
9/7/09 4:15
and like so many other urban places in this part of Europe, it became ethnically homogenized.
9/7/09 4:16
so, i’m trying to recapture that image or notion… an kinda beneath-the-layers perspective.
9/7/09 4:17
esp now that there are so many ex-pats here, and so much brought back from western Europe by Romanians who’ve been traveling and working abroad.

The phrase “Bucharest Babylon / București Babilonul” is taken from the impressions of a 19th-century traveler and writer from Transylvania, Ion Codru-Drăgușanu. Upon arriving in Bucharest from Habsburg Transylvania, Dragușanu wrote home to his parents, describing this polyglot city as kind of Babylon – as much Greek, Armenian, Jewish, Aromanian as anything else. (Supposedly, there’s also an interwar-era novel of the same title, by Radu Cosmin. I’ve yet to find it.)

My aim, however contrived, is to recapture this spirit or notion from of beneath-the-layers perspective, to see the city as a kind of palimpsest, with its overlays of cultures, peoples, eras. Leastways, it is a record of my life, loves, and times here. 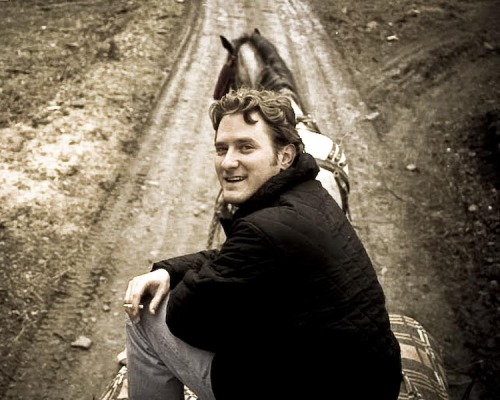